What is your evaluation from the Satra’s new instruction in the advertisement and in your opinion, what purpose it
follows?

In our opinion, the team that has written these instructions, was not expert in advertisement, it means that they did not have adequate science in advertisement process and its methods. However, out of this topic, advertisement in digital section, its context, literature, applications and tools are different than other media and this difference is one the features of the modern digital advertisement in the world. The next note is that it seems that this instruction is comprehensive in the limitation of advertisement in audio and video media.

On what basis you say that is limitation? After all, every space need legislation.

During these years, what special event has happened in the advertisement section or we have crossed of which red lines that now we want to legislate? Can these rules be applied to all audio and video media or not? For example, it is almost impossible to implement these rules on Telegram and Instagram. In our view, these rules are severely restrictive in domestic media and it enhances the use of advertisement budgets on other social networks.

In our opinion, today a traditional rival wants to limit the income in this area with this tool. As it was created by Satra laws, they try to limit the content in the home theater network. In our opinion, Seda Sima broadcasting by writing such laws, without expert evaluations and development of realistic instructions, has no intent other than restriction. Interestingly, the Seda Sima broadcasting itself is a major violator in this field.

Hence, you are against of the overall instruction with higher than 40 rules?

In one section of the instruction, it was asserted that do not advertise something that humiliates the character of people who cannot afford to buy that product, while all of the advertisement in television is this sense of humiliation. Colorful tables that you see in television advertisement, luxurious houses, happy and stylish people. We always say that the person who legislates, firstly should put himself in the framework of that rules. This work helps him to find out is there any execution or not. When there are tens and thousand hundred channels in telegram and Instagram and other places, how you want to limit this space?

Yes, certainly this kind of law will be detrimental for internal services rather than external, because no controlling and monitoring tools exist there. This activity causes an extreme outflow of currency. It is very interesting that sometimes ago they asserted an issue that advertisements cause currency outflow are forbidden. Why the measures that cause brain drain instead of the currency outflow does not being challenged in this country? When the protection plan was approved for the second time in the parliament, I think about 800% of the Google search about immigration to Canada, Turkey and etc was increased. Who is responsible for this? A person who does export and import work needs to provide housing in another country in order to be able to travel and use the facilities of that country? Or someone who goes abroad to study needs housing for that period.

They say it encourages immigration?

Immigration happens when people are not able to use their potentials and they experience social frustration.

Perhaps one of the main problems in our country is that in different areas, there are several decision-making institutions, that, thank God, do not agree with each other. There is now Ershad’s law, but of course these laws and regulations should be reviewed in the digital field, because some of them do not have any performance in the digital field.

What is not good, and unfortunately exists, is that an institution makes the decision for us that is inherently our rival! This means that, in the field of advertising and the comprehensive audio and video media, there is a rival that has scissors in both field of content and advertisement and wants to take the funds of this field to the Seda Sima with scissors. This is while due to the advertisement boxes with several thousand billion Tomans value in Seda Sima and the increase in the price of advertisement, brands can use the digital field even with 100 thousand Tomans.

In your opinion, this instruction is not due to the fact that in recent year many of the governmental, non-governmental and private sector organizations have not given their advertisements to this organization due to the high tariffs of Seda Sima?

In our opinion, by limiting this area, this budget will go to Telegram and Instagram again. Many brands correct their contents because they do not want to deal with the wrong advertising frameworks, and they advertise in a high volume on Telegram and Instagram. Naturally, those budgets go back to this direction and not television, but basically the audit scissors cut the head of the internal media and services.

I have seen some of these instructions that are very weird, for example the instruction in the third section, rule 40; That says that to show advertisement for a legal age, the media should get permission from one of the parents. How can this permission be achieved and is it possible at all?

For this sake I say that there were no expert views in writing this instruction and there is not enough knowledge on the concept of service. In this model, every time the child uses the media, a text must come before it, “Please go and call your parents, if they accepted this (permission), I will show you the content!"

We should fix the whole thing, and it can't be fixed with one or two points. In general, laws and regulations must be formulated with another view to this field, it means that, it should be designed in a way that it will not weaken the internal than the external, and will not lead the capital to use the external service. Some facts: for example, the way of using celebrities. We have the same problem in the home theater network. Who is the work prohibited celebrities? Those who television says are forbidden from work; While neither the judicial power, a verdict or any official reference has stated they are forbidden.

I suggest that if these friends in a three-month period can apply these rules in television as pilot before communicating them to the audio video media and see how many of today’s brands that are working with these friends, are ready to continue their corporation in this framework and the rules designed by these friends. For example, it is written in a place do not use exaggeration. We have a lot in TV that a person eats an ice cream and suddenly a 206 appears in front of him; Or he buys a product, assumes himself in Kish Island. These are just some of the advertising tricks. You limit all the tricks for a media and you make them free for another media!

The main point is that why basically in each action instead of encouraging and facilitating the business environment in our country, we are unfortunately making laws and regulations that continuously limit our businesses, and there are serious contradictions in many of these laws and regulations. We restrict people's access to a number of services, and then we see that all of the authorities of the country are present in those services. These contradictions make it unbelievable when rules and regulations are set. In our opinion, these events will harm the domestic business and it will stop the growth and development of domestic businesses, and this strike will lead to migration, currency outflow, and exiting the human capital, which is a valuable capital.

What is the considered process to show advertisements in VOD, while we have lots of advertisement services in our company?

First, the volume of advertisement content production in the fields of social networks and comprehensive audio and video media is so high that it is beyond the control of these friends. Secondly, I think a new business is created again, like the brokers that today exist in Satra for auditing VODs, now we are faced with a huge number of brokers that we have to refer one by one tomorrow, give them content, audit, and to reform. This process eliminates the most important feature of digital advertising, which is speed in action. It is like that today, anyone wants to distribute advertisement tract in Tehran, you say that before the tract is distributed, he must get permission from an institution for this issue.

Another important point that is referred to audit is the rule 34 of this instruction; In this rule it is stated that in the case of a subscription model with the display of advertising content, the media is obliged to provide the amount of forecast time for advertising along with an estimate of the bandwidth consumption to the customer. Is it possible? How do you want to measure that bandwidth?

Finally, how the method for this instruction can be implemented by you, and what is your responsibility against the non-standard advertising?

They have given us all the responsibilities, it means that from tomorrow, whatever advertisement we want to show, first we must buy the product ourselves, have an evaluation team to analyze it, verify it, and then advertise the product. The main question is that when an evaluation takes place in every advertised product in all other media, including the environment, television, etc. If a shoe is advertised on television and a month later this shoe is out of the mentioned properties and torn, should people refer to the television and get their money back from the television?

The future of this country is the businesses that are active in the digital field, we should all help to facilitate what is happening in these fields, which is not achieved by laws and regulations. This field can change the future of this country, in the field of employment, wealth creation, growth, in the field of being able to better communicate with the world, and thank God, the future is bright.

Advertising is the forerunner factor in all businesses. Just learn how it works, and you will make the most out of your business. Up until a few years ago businesses mostly relied on traditional and print advertising, but today digital advertising in cyberspace is their primary choice. 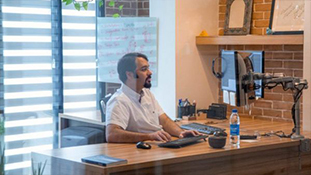 The school will train the first to ninth grades using the approach of "transforming and qualifying of education" and according to the titles of textbooks. On the other hand, Filimo School has principles including the "pleasure of learning" and "educational justice" at its motto to stick it. 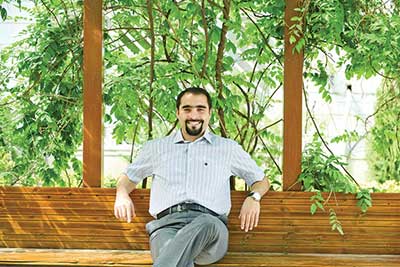 Aparat, a business that costs $ 300 million

Aparat is a well-known Iranian content-based platform that Shakouri Moghaddam brothers with the difference of one year born in 1982 and 1983 introduced it.