Over a Decade of Experience

Indeed the story we are going to tell you has nothing in common with legends and fairytales, but the very opening! The thing is, we never believed in fiction and its razzmatazz, nor were we in a desperate quest of the genie in the bottle to make our dreams come true! Rather, with our feet on the ground, as recent as 15 years ago, the three of us, young and ambitious, embarked on our journey. Our source of inspiration; a cozy balcony we were sitting in! That’s how we started to dream big.
As recent as two decades ago, providing easy access to home Internet was an unprecedented step in the realm of technology. But as its infrastructure expanded, multi-user Internet services began to gain momentum and this improvement gave us every reason to pursue our objectives in an indefatigable manner.
They say “A thousand mile journey begins with the first step.” While the saying sounds tempting, we know that very first step is not necessarily a successful move. So was the case with Persian K2, an online research and survey website. Despite our considerable efforts, Persian K2 turned out to be a failure. We didn’t budge an inch though and took our next step with even more determination,which reminds me of another saying: What doesn’t kill you makes you stronger!
Cloob, one of the first Internet channels to familiarize Iranian users with social networking, was our next product. It enabled users to create their personal profile and share their views on numerous topics with others. Cloob used to be a multiple-user Internet service.
Later along the road as our team expanded, we needed to think of a rich source of income. As a result, we doubled our efforts and launched Sabavision; an online advertising Internet service. Sabavision has been successfully serving as a pioneer in online advertisement for over a decade.
As a long-term objective, we had visualized a thorough collection of Internet services. Hence, Mihanblog emerged in the realm of blogging and ranked second in blogging services across the country. Copper market ,an online supermarket, was our next project. Although it provided customers’ needs at their disposal, it eventually ceased to function due to a couple of factors such as people’s unfamiliarity with online shopping as well as an awfully low profit margin.
The year 2009 was in fact one of the toughest years in our business because of content control implementation on Youtube.This deprived us the right of using Youtube as our main source of video sharing.The need for increasing upload capacity had become our growing concern.Nevertheless, all our negotiations resulted in this very sentence: We are not interested in working with Cloob.


An urgent need which had remained unsatisfied, not to mention our enthusiasm to enter the world of video sharing, pushed us to make the next move and Aparat was born;a powerful website which not only provides users with numerous videos,but it has over thirty million users among Persian-speaking population and supports hundreds of video producers within the country.
In the year 2015,five years after Aparat had come to existece, in order to survive by keeping abreast with the latest and to meet clients' needs, we decided to make a name for ourselves in the world of entertainment and introduced the first video on demand service called Filimo. Filimo is our latest production which has earned itself an enviable reputation among Iranian Internet users.
In our policy,cooperation and harmony outscore individual talent.Experience has taught us,time and again, that genuine power is embeded in an intimate, determined as well as modest working environment.Metaphorically speaking,our climate resembles a ballet hall in which ballerians are dancing gracefully with no conflict or friction.
Our esprit de corps is everlasting. Through these years we have kept each other company in success and in failure, sparing no efforts to reach our goals.We remain strongly optimistic and surprisingly agile,working our way up to the dizzy heights of success.
That evening in 2004, there was an air of ambition in the cozy balcony and to this day victory has been in the air.Is your sense of smell keen enough?! More...

SabaIdea envisions to create the best user experience and added value in the technology-based businesses, not only as a pioneer in the IT sector, but as the most popular knowledge-based company in Iran.

Having an active presence in the regional markets 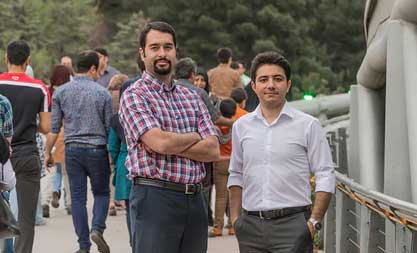 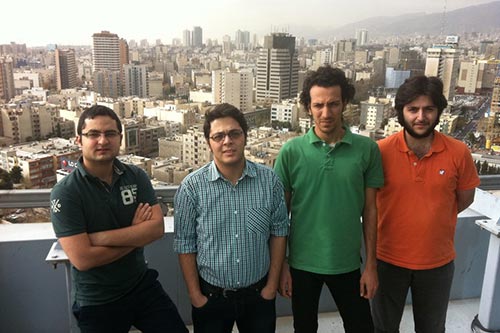 YouTube, the online-video site, is banned in Iran. That has allowed Aparat, an Iranian video- sharing platform to build a following of millions. The website, which is owned by SabaIdea Technology Co.... 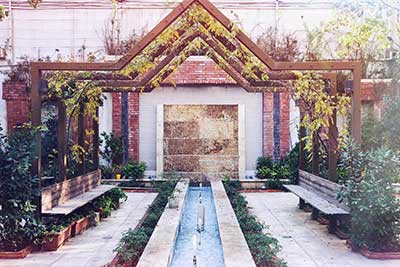 EVEN Luddites know that the largest internet firms reside in America. The upcoming public offering of Alibaba, an e-commerce giant, will drive home the point that China is catching up fast....